Restoring Rome’s relationship with the Tiber through a split-level waterfront that renews both urban and environmental transitions from land to water.

The prioritization of vehicular traffic and the construction of stone embankment walls have left the Tiber and its waterfront disconnected from the city of Rome. Today, the riverfront is inaccessible and desolate. Elevating the Tiber restores Rome’s relationship with its landmark river by reestablishing an urban and environmental transition between land and water.

The existing riverfront and part of the river itself are lifted, bringing them closer to the active level of the city. The waterfall resulting from this displacement replaces harsh, stone embankment walls with a more liminal transition between city and water.

Rome’s attention is once again focused on the Tiber’s riverfront in a grand gesture that is reminiscent of the city’s historical relationship with public space and urban water displays.

A more resilient buffer between the city and the river begins to restore the Tiber's deficient ecology. 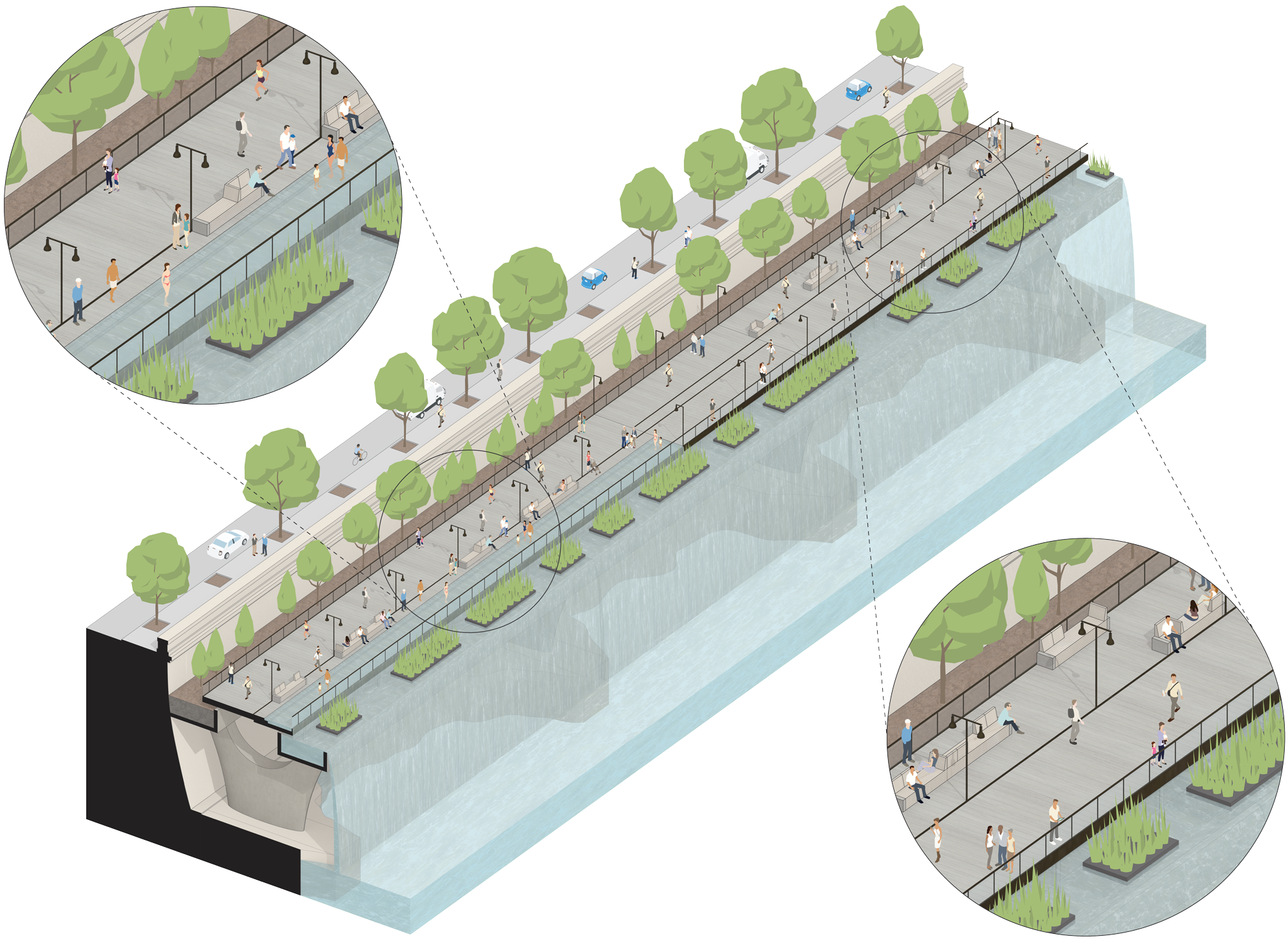 A variety of programming is woven together to create a rich, continuous public space. 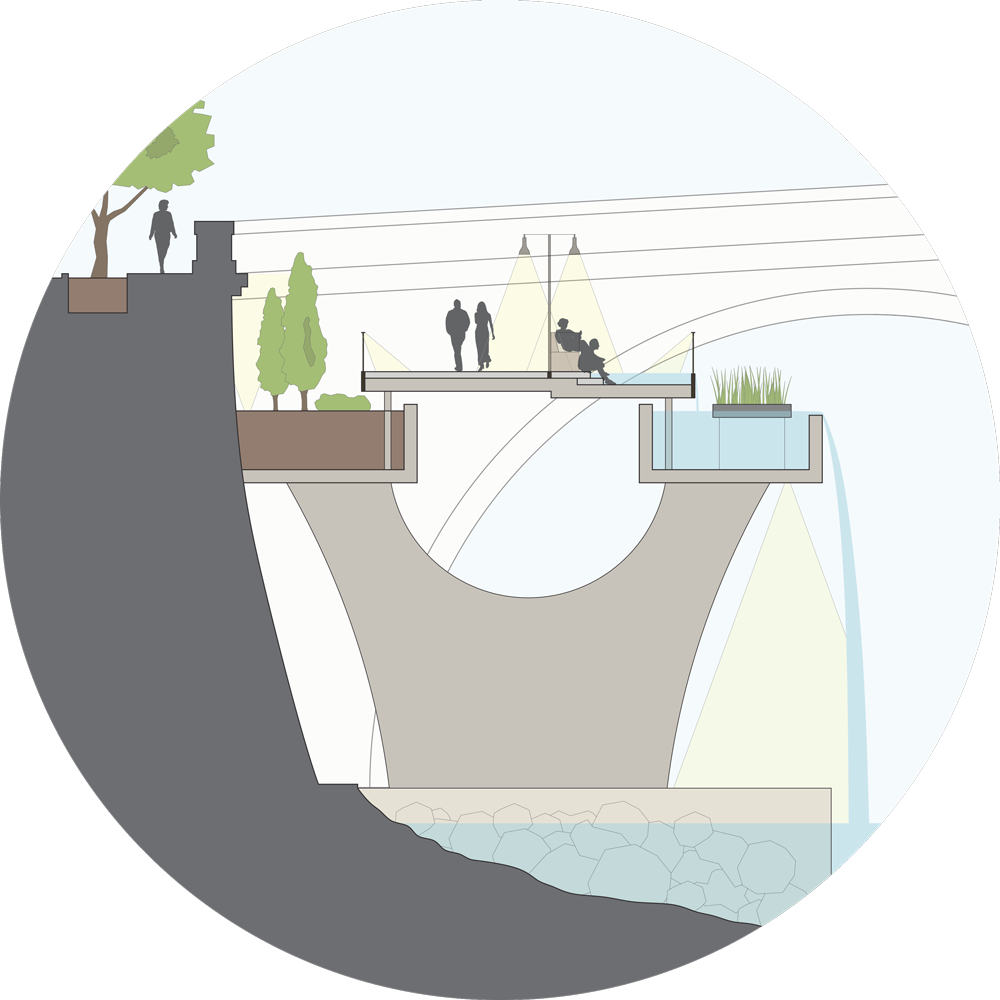 Accessible Water
The pathway steps down into shallow running water the public can safely enjoy before it cascades down into the rushing river below. 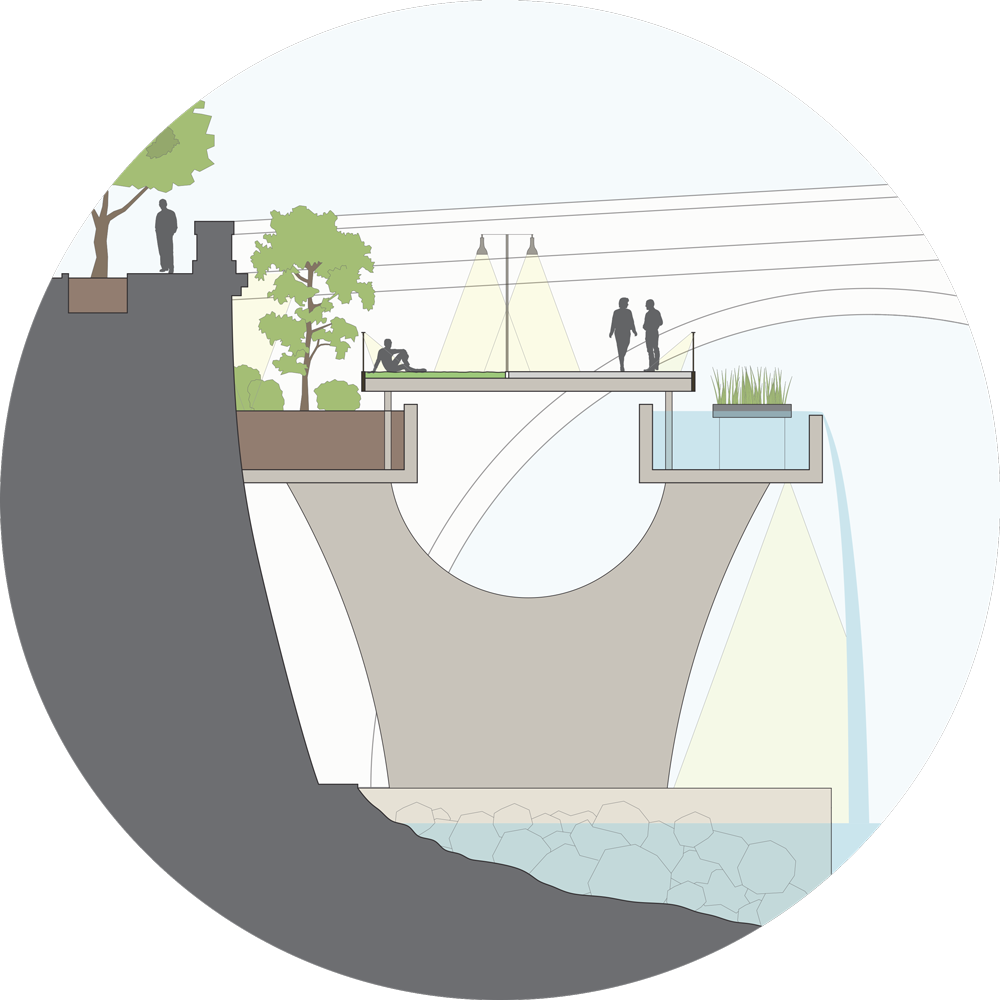 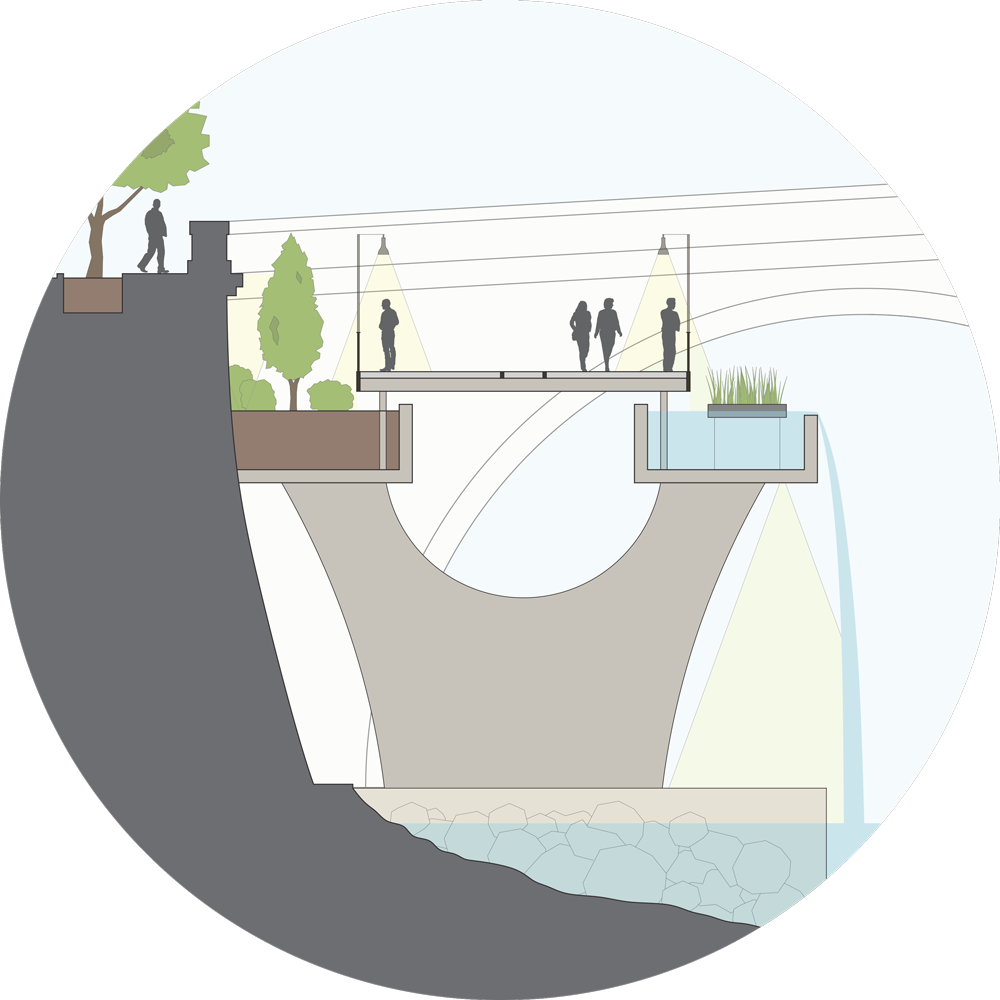 Open Plazas
Areas of the public pathway are left open and unprogrammed to host events, markets, installations, and other temporary programming. 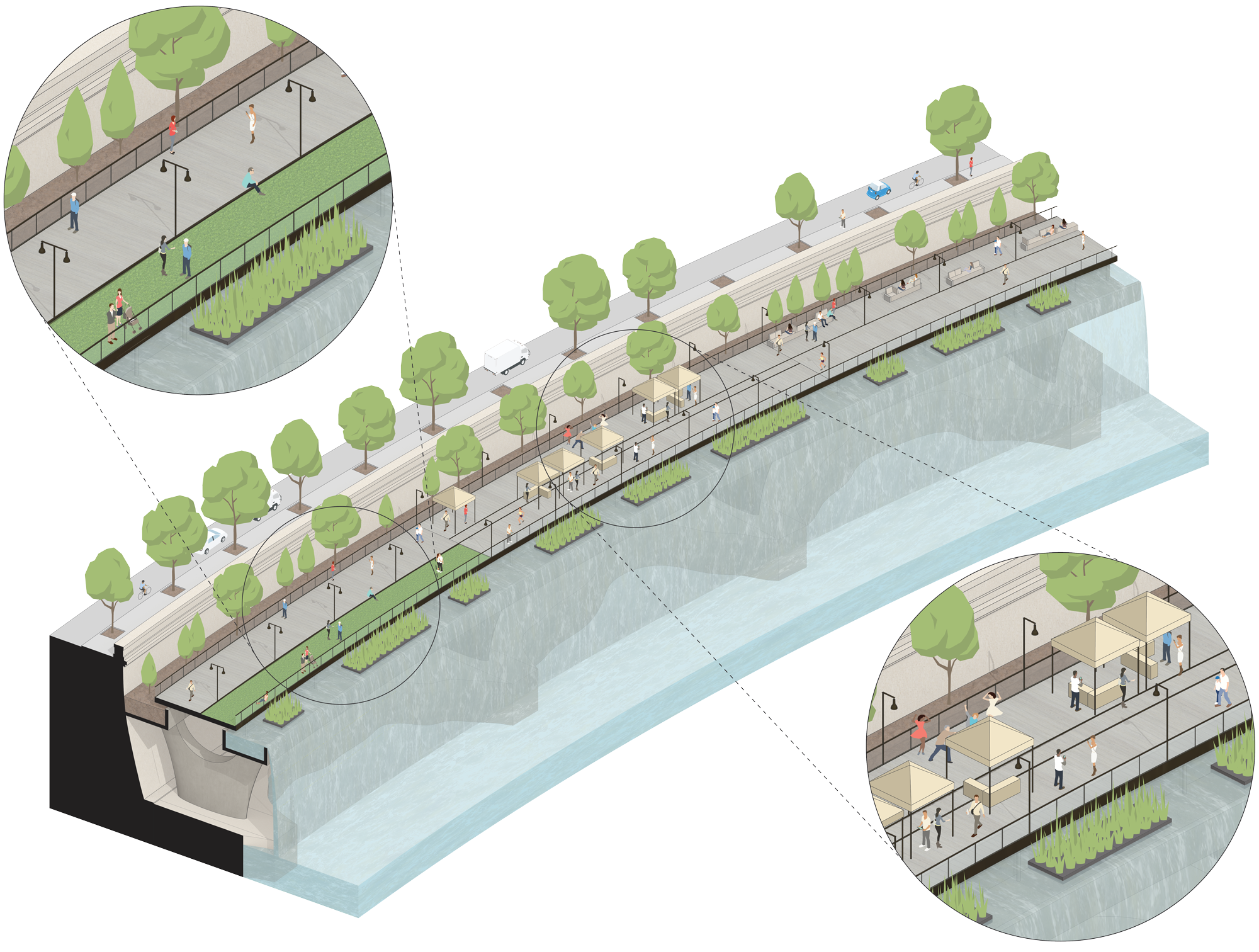 Additional connections to the city make the riverfront more accessible. 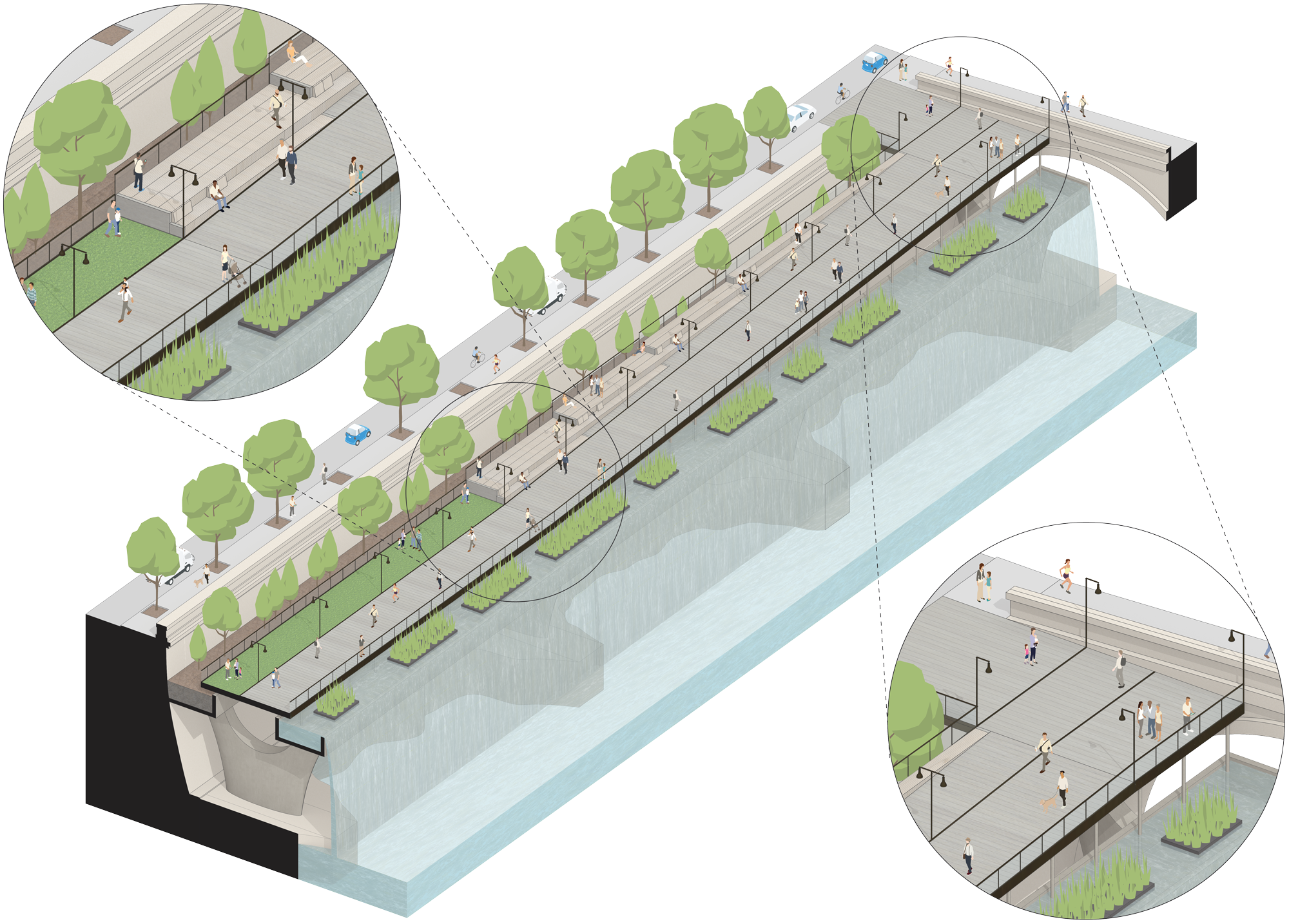 A variety of public spaces with flexible programming activate the waterfront.

Simple programming and a modern material palette relate to the historic city while offering new types of flexible, public amenities.